While the Schneiders decided to depart at 7:00 a.m., we do not rise until that hour.  We haven’t found any reason to vary from our routine of departing at 9:00 a.m. but am certain we will have to depart early at some point.  We need to make it most of the way to Jekyll Island today so we can get to Jekyll by lunch time tomorrow which is of course, is Thanksgiving.  It was a beautiful sunrise and it was sunny all day, however the temperature didn’t rise higher than the mid 60s.  The Georgia coast is very different than the other states that we have cruised through.  Our travels today took us through a number of sounds such as Ossabaw Sound, St. Catherine’s Sound, Sapelo Sound, Doboy Sound and Buttermilk Sound.  While we viewed desolate land, out of the blue stood this interesting home on the water. 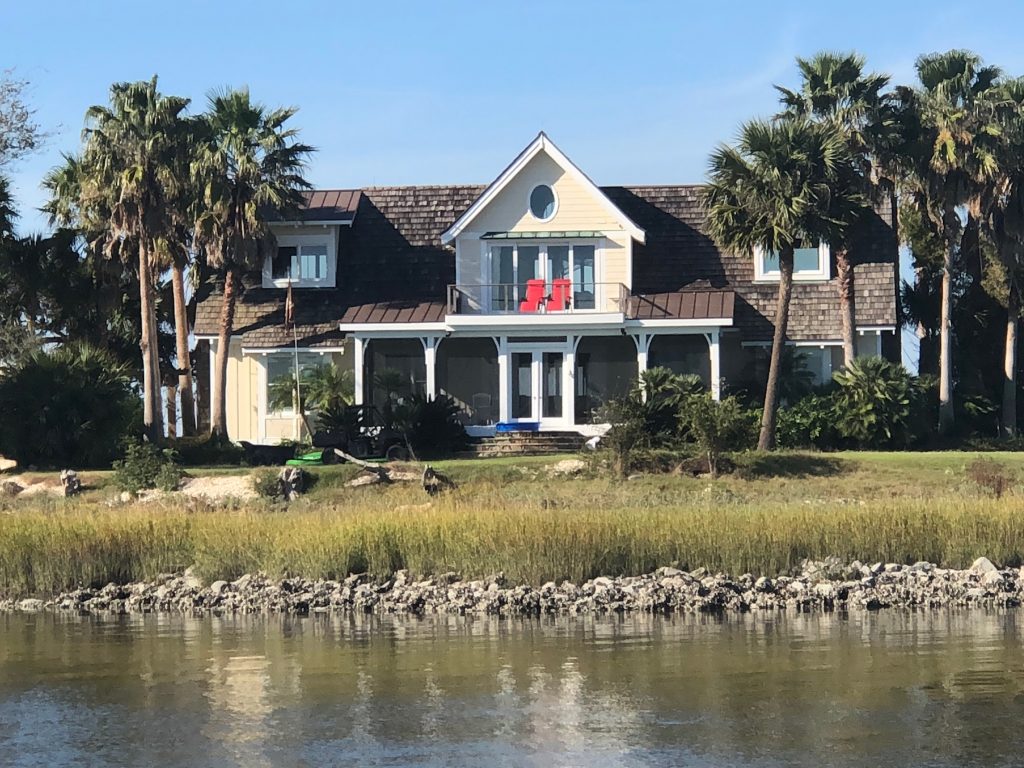 The waterways empty into the ocean and the barrier islands have pretty sand beaches. 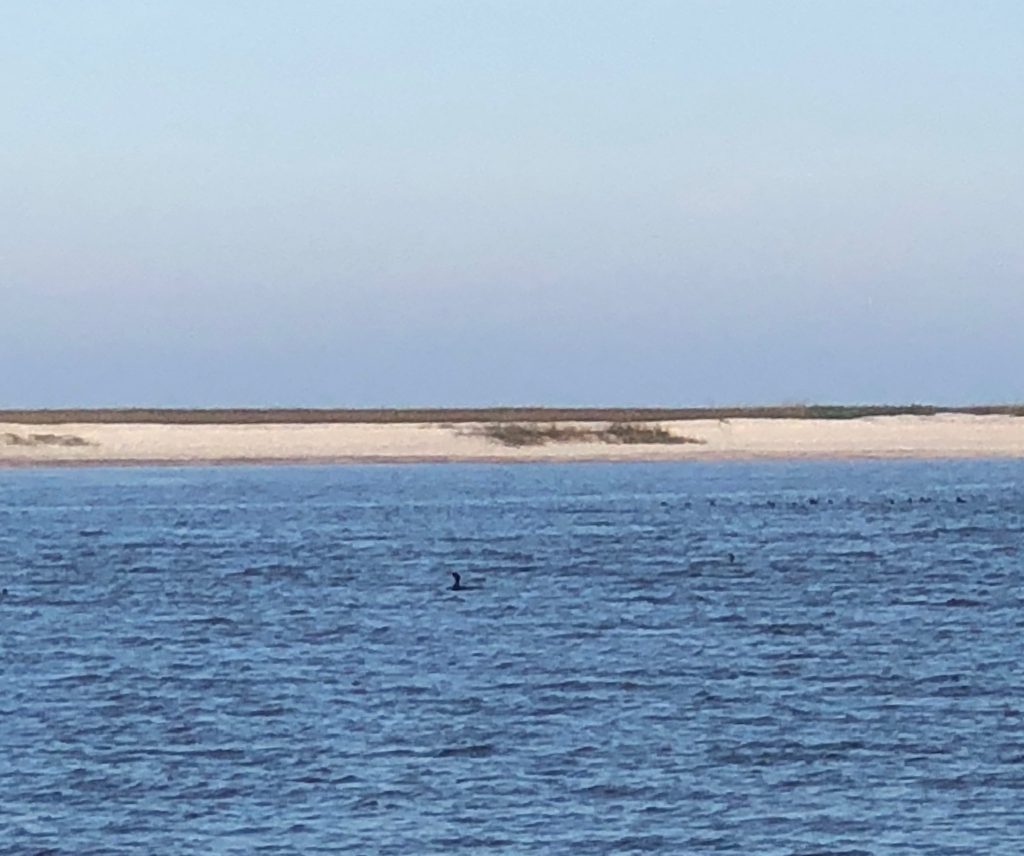 One of the navigational tools that we use is called a chart plotter.  It has files of the charts produced by NOAA.  They are updated periodically to show changes in depth and markers are moved or replaced.  The chart plotter has the ability to zoom in and out so you can see the charts with different levels of detail.  There is a margenta line that shows approximately where the channel is located.  Below is a photo of the chart plotter and shows the many creeks and rivers that feed into the inter coastal waterway (ICW).  It also has a cursor that can be used to provide info on objects such as markers and bouys  It shows the GPS position of the cursor as well as our vessel, the compas heading and speed over ground.  It is an invaluable tool for running a boat.  More on this in another post. 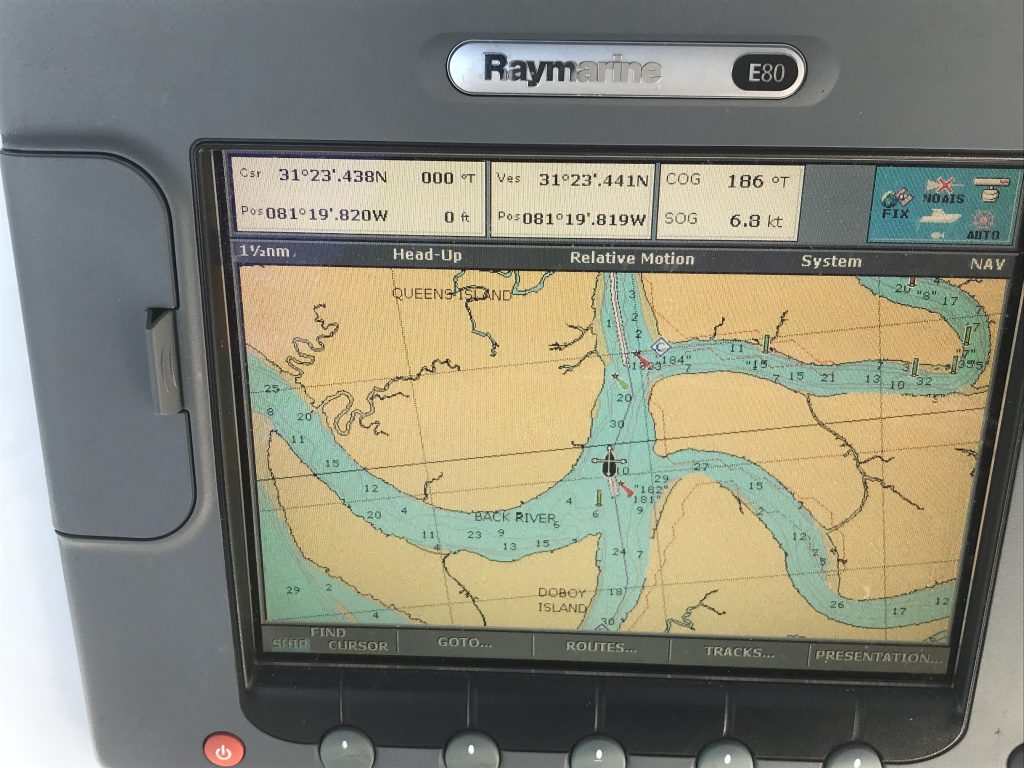 The day ended with a very nice sunset. 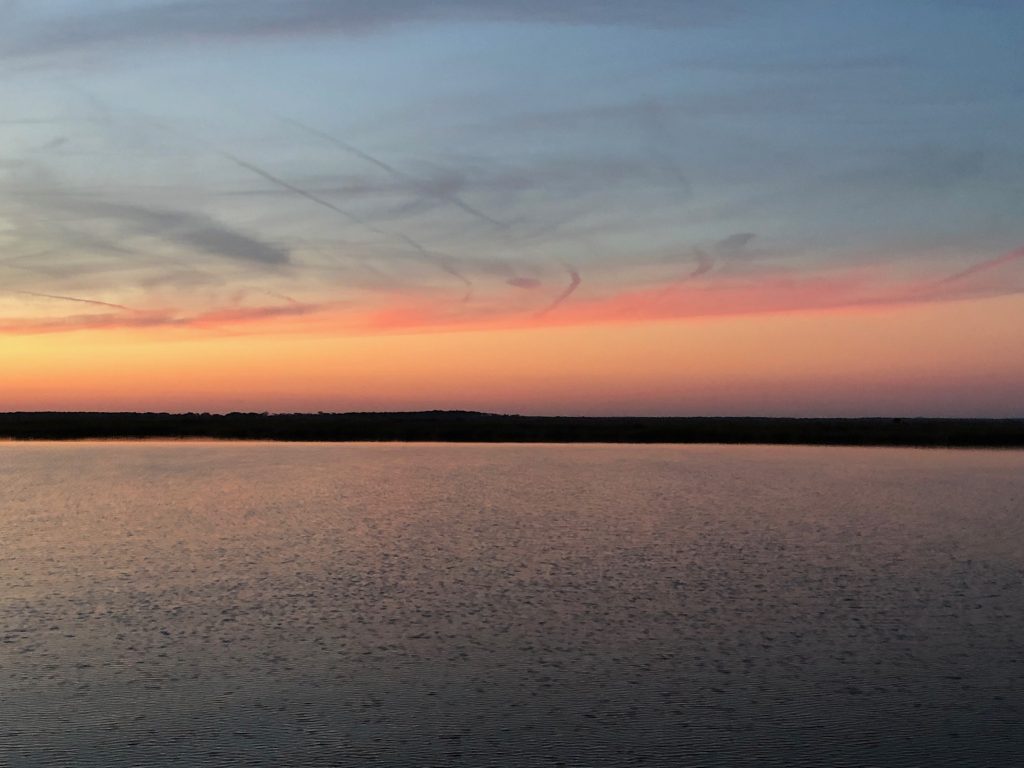